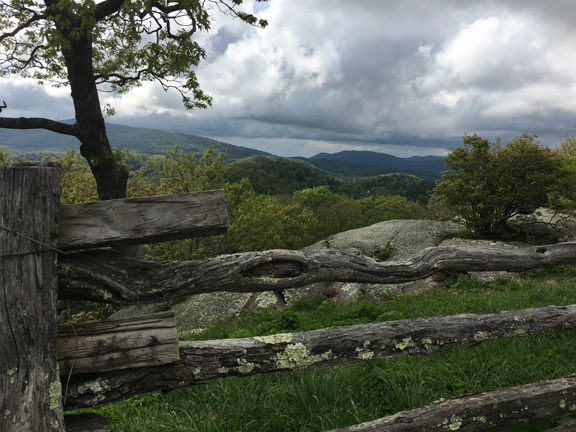 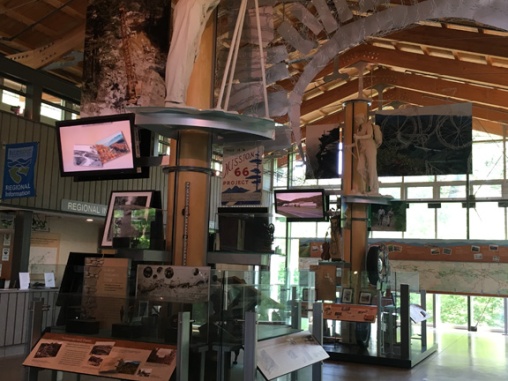 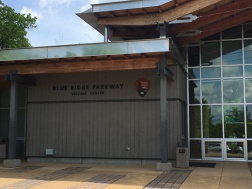 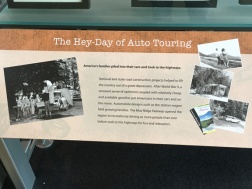 After World War II, a renewed sense of optimism coupled with relatively cheap and available gasoline put Americans in their cars and on the move.  Automobile designs such as the station wagon held growing families.  The Blue Ridge Parkway opened the region to recreational driving as more people than ever before took to the highways for fun and relaxation.

Driving along the Blue Ridge Parkway in North Carolina we stopped at the Moses H. Cone mansion.  It was not a planned destination; it looked like a big deal, so we stopped.  Moses Cone, a prosperous textile entrepreneur, conservationist and philanthropist of the Gilded Age built Flat Top Manor in 1901.  The estate also contains a family cemetery, carriagehouse, and apple barn.  This wayside stop provided for some very grand views of the valley.

We also stopped at the Blowing Rock attraction located on the opposite side of the valley facing the Cone mansion.  The Blowing Rock is an immense cliff 4,000 feet above sea level, overhanging Johns River Gorge 3,000 feet below. The phenomenon is so called because the rocky walls of the gorge form a flume through which the northwest wind sweeps with such force that it returns light objects cast over the void. Considering the entry fee for Blowing Rock, I’d settle for the Moses H. Cone view.