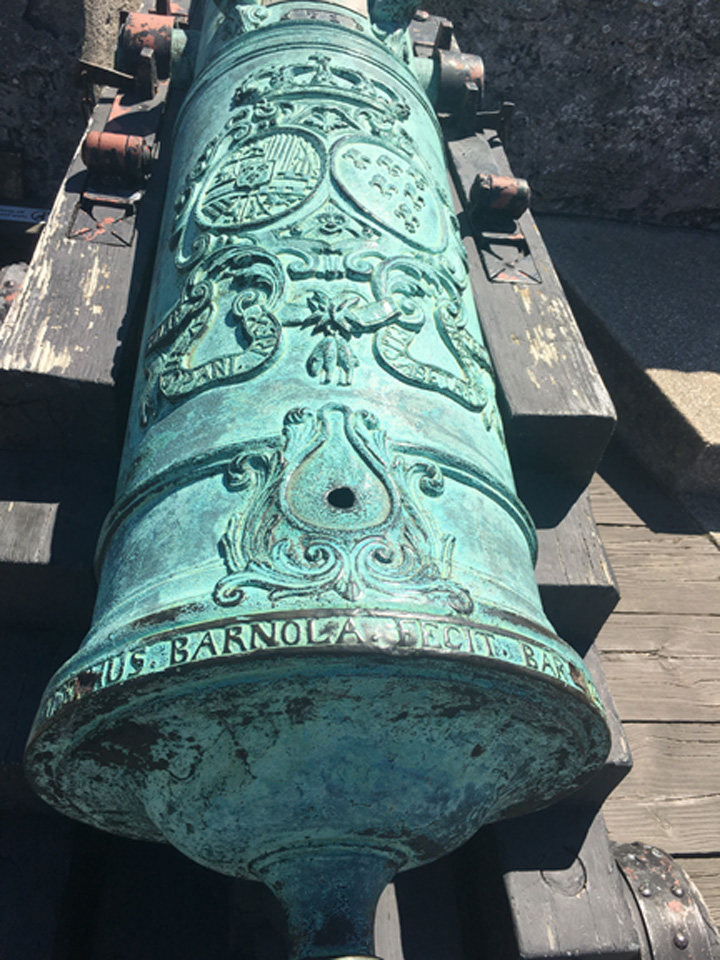 In March Deb drove us to St. Augustine, FL.  It lays claim to being the oldest city in the U.S., and is known for its Spanish colonial architecture, as well as Atlantic Ocean beaches like sandy St. Augustine Beach and tranquil Crescent Beach.  We had walked over seven miles on Crescent beach a month earlier.  Luckily we found a bathroom at the half waypoint.  Too much information???  I’ll dial it back a bit.

Aviles Street is the oldest street in the USA and home to many museums, local art galleries, shops, B and B’s, and restaurants.  You enter Aviles Street by walking under the stone archway.  Dating back to the 16th Century, Aviles was known as Hospital Street because it was the location of the second Spanish Military Hospital.  It was also the location of an early church, cemetery, boarding homes and schools.

Last November kayaking with fish and alligators in a Louisiana lake, my straw sunshade hat blew off. It sank before I could retrieve it. On Aviles Street I found a new hat at the Panama Hat Company.   My eyes first picked up on the $3,500 white, fine straw, Panama hat. That was not to be, my VISA was maxed out <wink>.  I did pop for a $5.00 drawstring. 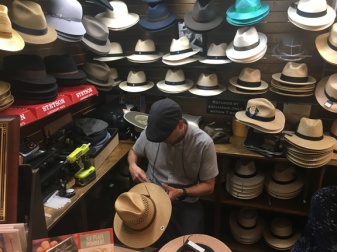 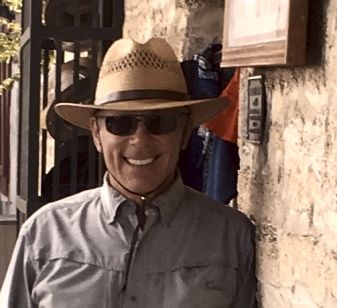 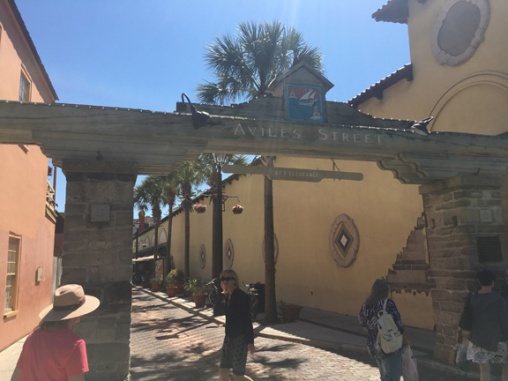 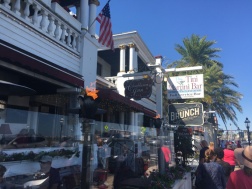 Gate to the city plaque

We toured Castillo de San Marcos a Spanish built fortress.  It is a national monument site consisting of 20.5 acres and includes a reconstructed section of the walled defense line surrounding the city of St. Augustine incorporating the original city gate. It is the oldest masonry, and only existing 17th century fort in North America.

Established in 1565 the Cathedral Basilica of St. Augustine congregation is the oldest Christian congregation in the contiguous United States.   The Basilica was designated a U.S. National Historic Landmark on April 15, 1970. It was constructed over five years (1793–1797).

Note: the oldest Spanish colonial mission church San Miguel Chapel, is in Santa Fe, New Mexico. Built between approximately 1610 and 1626, it is the oldest known church in the continental United States. 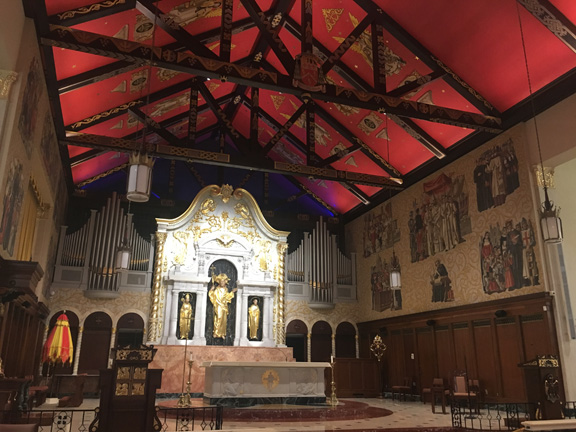 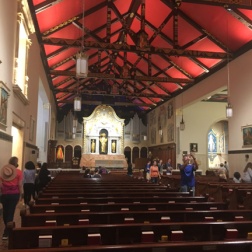